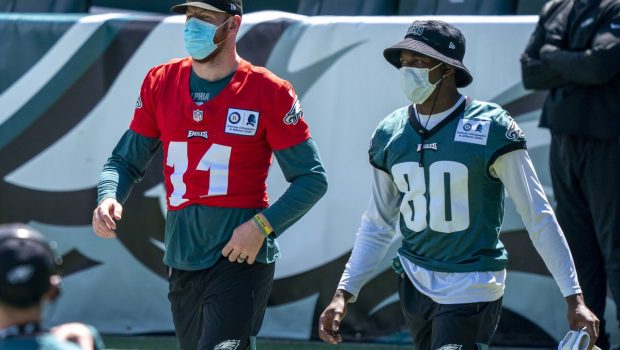 It’s possible that the NFL could put a hold on the entire 2020 season.

Asked on NFL Network whether a temporary pause to the regular-season schedule is an option amid continued outbreak in Tennessee, as well as additional COVID cases in Las Vegas and New England, the NFL’s chief medical officer confirmed as much.

“We’ve said all along every option’s on the table,” Allen Sills told Judy Battista. “We’ve never taken any option off the table, which includes some type of pause or reset or any other type of alternative arrangements.”

Sills continued by saying that the NFL is currently focused on reviewing protocols and team-by-team situations while touting the research already compiled since the league instituted COVID standards during training camp.

“And in the overwhelming majority of those cases, we’ve not seen transmissions. We’ve only seen it occur now in Tennessee, and possibly in New England … We’ve said all along, we know this is going to be hard. This virus is a relentless opponent, it needs only a small crack. And even 90 or 95 percent compliance with our protocols is not enough. That’s not a passing grade, because it still leaves a bit vulnerable.”

Would the NFL push pause on the season or reconsider bubbles? We asked Dr. Allen Sills. pic.twitter.com/B6KsoTi5yT

One thought on “NFL MAY PAUSE SEASON DUE TO COVID, LEAGUE’S TOP DOC SAYS!”