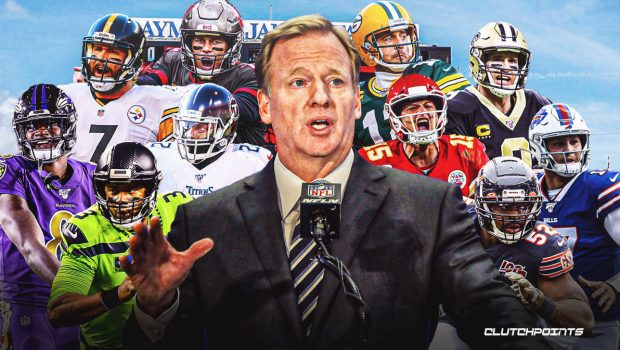 NFL MAY ADD A WEEK 18 AND PUSH DATE FOR SUPER BOWL!

Each passing day creates another new reality for the NFL’s plan to play and complete its 2020 schedule and the Super Bowl.

It is clear that COVID-19 is in charge of these decisions.

So commish Roger Goodell hinted yesterday that the NFL could look to push back the planned date for the Super Bowl, if necessary.

“If there’s one consistent theme to our season, it’s flexibility and adapting,” Goodell said, via Mike Garafolo of NFL Network.

Goodell had a fairly identical answer when asked whether the NFL would consider adding a Week 18 to the schedule or not.

About the possibility of a Week 18 being added to the NFL schedule, Roger Goodell tells reporters, “Flexibility is going to be critical.”

Of course, adding a Week 18 would be one thing. But moving the Super Bowl could have massive ramifications.

For example, companies and advertisers began plotting bids for Super Bowl ad space well in advance. It seems likely the networks would ensure any purchased ad space would roll over to the new date. But will the ads still be as timely?

Additionally, depending on how far back the league pushes the “Big Game” it might change the league calendar year (notably the start of free agency) for 2021.

First and foremost, however, the NFL is hoping all 32 organizations show more accountability and take steps to prevent the spread of COVID-19.

The league has come down hard on coaches for failing to wear masks and has even considered instituting penalties for this kind of misconduct. Players have also been fined for failing to follow protocol even off the field.

In any case, Goodell does not feel anything is set in stone for the 2020 season.