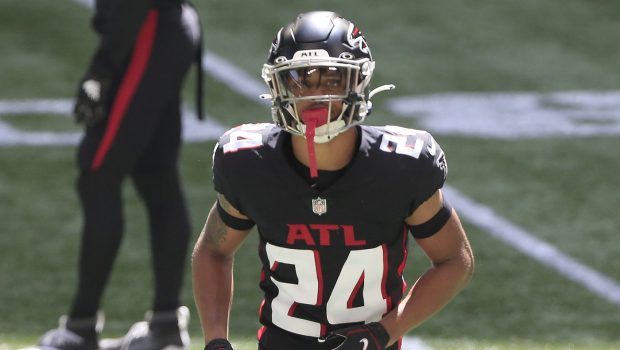 The NFL is about to face its first come to Jesus moment regarding COVID-19.

Falcons cornerback A.J. Terrell has become the first player to land on the COVID-19/reserve list during the regular season, and the Washington Post reports that the NFL is “hopeful” today’s Bears-Falcons game will proceed as scheduled.

The positive test for Terrell has sparked contact tracing and further testing that, in theory, could result in more Falcons players testing positive before the game starts at 1:00 p.m. ET.

It’s a wait-and-see situation. Some unnamed sources who spoke to Maske were confident that there will be no issues. Others indicated that the test results, which will be available on this morning, “will guide it all.”

The league has implemented ultra-flexible roster rules this season. In the event of an outbreak, teams can promote up to 16 members of the practice squad as little as 90 minutes before kickoff.

The Commissioner has created a committee of outside advisors to assist him with COVID-19 issues. As one source explained it to PFT before the season began, the committee (and in turn the Commissioner) won’t be inclined to grant dispensations in the form of a postponement or a cancellation to a team that suddenly loses multiple players due to a COVID-19 positive result. Football is the ultimate “next man up” sport, and the Falcons will be expected to backload the various positions on the field with players in order to proceed with 11 on offense, 11 on defense, and 11 on special teams.

The league has not established definitive numbers as to minimum players that a team must have healthy and available for game days. The league will consider all relevant facts and circumstances when consider whether to postpone or to cancel a game.

If the Bears-Falcons game is postponed, it’s unclear when it would be played. The teams have byes in different weeks, eliminating the possibility of bumping to game to the weekend when the two teams otherwise would be off.