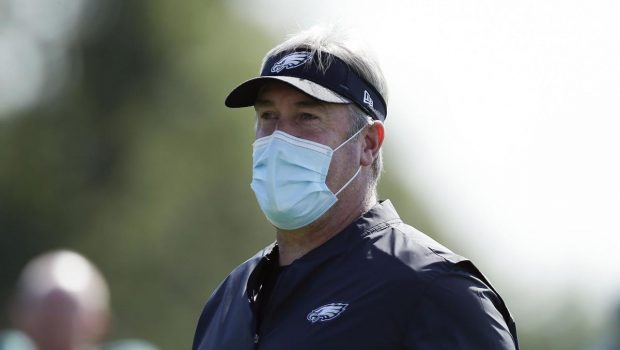 Eagles coach Doug Pederson wears a mask — not hard to do!

The Seahawks, 49ers and Broncos also were fined $250,000 each, according to the Washington Post, which spoke to a source on the condition of anonymity because the NFL had made no formal announcement of the fines.

That made for fines totaling $1.05 million as the NFL attempted to send a strong message to coaches and teams about following the league’s health and safety measures as it operates during the novel coronavirus pandemic.

The fines came one week after the league had warned coaches and teams in a memo to comply with the mask-wearing requirements or face disciplinary measures.