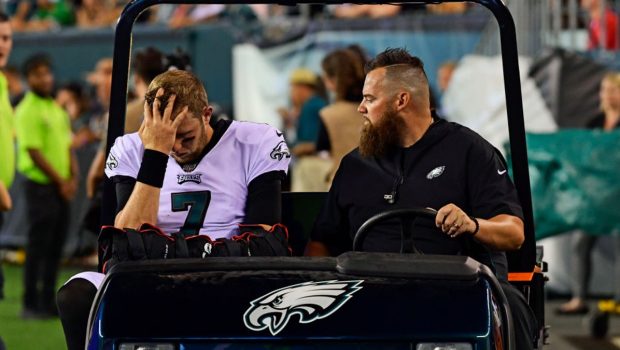 NFL EXO SEASON MAY DISAPPEAR BY 2021!

The NFL has actually heard the howls from the ticket-buying public:

There is increasing pressure within the NFL owners class to shorten the preseason.

The change could take effect by the summer of 2021 and probably would need to be accompanied by an expansion of the league’s playoff field or regular season to offset the revenue lost from cutting one to two preseason games per team. It is being discussed as part of ongoing negotiations on a new collective bargaining agreement between representatives of the NFL Players Association and team owners, people familiar with the league’s inner workings said.

The options being discussed include the lengthening the regular season from 16 games to 17 or 18 or the expansion of the playoff field from 12 teams to 14. While some owners have not given up on getting players to agree to an 18-game season, the union’s ongoing resistance is increasingly likely to turn the focus to adding playoff games, according to those with knowledge of the situation, who spoke on the condition of anonymity because of the confidentiality of the negotiations.

Some owners point out that increased revenue means more income for players, who receive a share of it under the salary cap system. Owners seem willing to increase roster sizes to get players to agree to a longer regular season. A proposal to limit each player to 16 games in an 18-game season does not appear to have widespread support on either side. But some owners also seem prepared to make concessions to players in other areas, such as the league’s marijuana policy and Goodell’s authority in player discipline.

Still, players and NFLPA leaders have expressed strong public opposition to an 18-game season. The retirements of standout players such as New England Patriots tight end Rob Gronkowski and Indianapolis Colts quarterback Andrew Luck before their 30th birthdays could reinforce the notion that the sport already takes an often-unmanageable toll on players’ bodies.