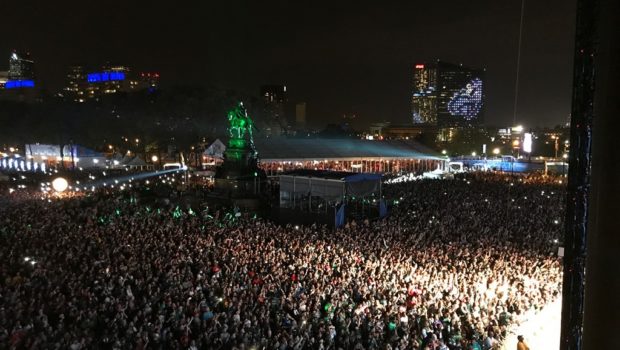 Ever since the NFL planned to hold the 2020 draft in Las Vegas, Raiders owner Mark Davis worried about the details:

“The league office, the players association and the city and the state are working together,” Davis said in a phone interview via Michael Gehlken of The Dallas Morning News. “They’re making a measured decision. Health and safety will always be No. 1.”

“They’ll make the correct decision,” Davis said. “They won’t put anyone in jeopardy over it.”

The NFL has some time before they need to make an official decision on what to do for this year’s draft. Typically during the draft, the incoming prospects shake hands with Roger Goodell after being selected. At the same time, there are thousands of fans that show up to support their favorite team.

In the event that the coronavirus continues to worsen, the NFL could limit the number of people in attendance. While the league has time to act on the draft, there are other events taking place in the coming weeks.

Besides the draft, owner meetings are set to take place in Palm Beach, Florida from March 29–April 1. Also, free agency, which begins on March 18, could be slightly affected by COVID-19. Nevertheless, the NFL is focused on reaching a solution in the near future.