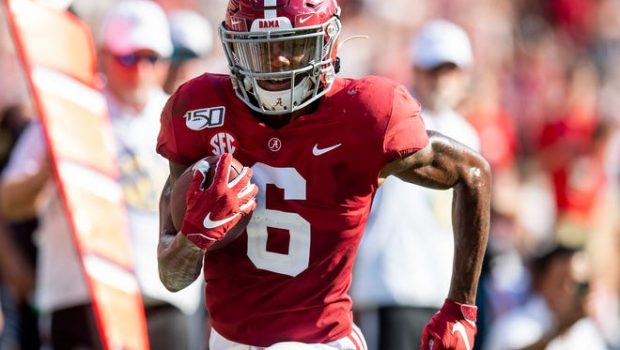 A lot has been made of the Eagles going after a quarterback here. And while we ascribe to the notion that thou shalt not pass up the chance at a great signal-caller, we weren’t confident enough in the small samples of Trey Lance or Mac Jones and his boosted production at Alabama.

Just because 2020 first-rounder Jalen Reagor hasn’t turned into a stud yet doesn’t mean the Eagles shouldn’t draft the most valuable player on the board — even if he’s a wideout.

If you are going to make a call on the Eagles sticking with Jalen Hurts, it better not be with the “well, we haven’t seen him with real playmakers” caveat.

Smith was so slippery off the line and dominated downfield despite his thin frame. His route heat map looks as if the computer messed up and spilled red paint on the field. He led the class in deep receiving yards and screen yards.

Smith is simply the WR1 that Philly needs.