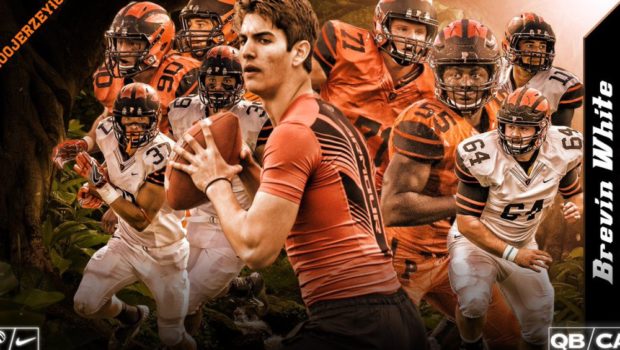 WHY THIS NFL-BOUND PREP QUARTERBACK IS GOING TO PRINCETON!

Brevin White could’ve chosen to play football at almost any college he wanted. The sought-after high school quarterback visited big-time schools from Arizona State to Tennessee, more than a dozen in total, and finally felt ready to make a decision. That résumé made it altogether stunning when last week he announced his choice: Princeton.

“I want to have a roommate that’s smarter than me,” said White, who has his eye on careers in both the NFL and on Wall Street. “I want to be surrounded by those type of kids.”