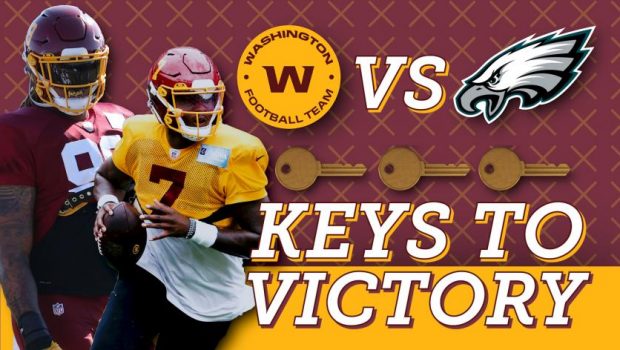 NFC EAST TITLE COULD COME TO DOWN TO EAGLES-WFT AT LINC JAN. 3!

While the NFC East looks like a two-team race between the WFT and Giants, the Eagles are lurking.

If they beat the Arizona Cardinals on the road this Sunday, and Washington loses to Seattle, they’d be a half-game back of first.

It’s still possible the division could come down to Washington at Philly in the Linc in Week 17.

Several advanced statistical models, including FiveThirtyEight and Football Outsiders, give Washington a roughly 70 percent chance of claiming the division title.