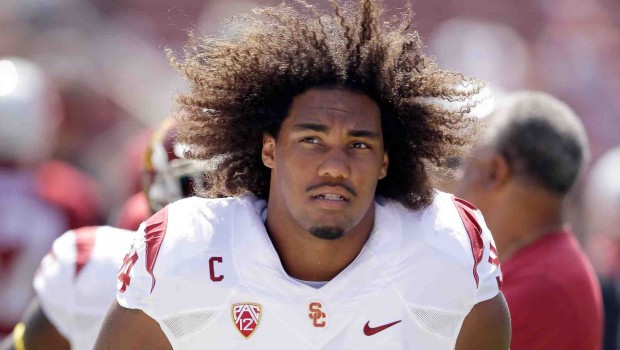 Draft pick: CB Byron Jones (No. 27 overall)
Grade: A-
The skinny: The star of the NFLScouting Combine jumped from under-the-radar prospect to first-round pick after testing well and showing scouts he could cover better than everyone thought. Jones fills a huge need on theCowboys’ defense, and his versatility will allow him to play a number of spots in the secondary.

Draft pick: Ereck Flowers (No. 9 overall)
Grade: C+
The skinny: Flowers has tremendous ability and upside, but the team might have reached a little bit with this one. He’ll certainly fill a need on a team that badly needs to upgrade along the line, but Flowers will have to refine his technique sooner rather than later. At least Eli Manning will be happy theGiants upgraded their pass protection.

Draft pick: WR Nelson Agholor (No. 20 overall)
Grade: B+
The skinny: Poor Agholor will have the distinction of being “Not Marcus Mariota” in Philly, but that doesn’t matter. He’ll be a great fit for Chip Kelly’s offensive system. His return game is not to be underestimated either, and he’s a picture-perfect replacement for Jeremy Maclin. Don’t be surprised if he has the most catches of any rookie wideout next season.

Draft pick: OL Brandon Scherff (No. 5 overall)
Grade: C+
The skinny: GM Scot McCloughan is one of the best evaluators in the league, but Scherff was a big reach, even if he lives up to his potential. Failing to trade down and passing on the best player in the draft (Leonard Williams) is going to be something the team might regret, even if Scherff becomes a top-flight tackle or guard.