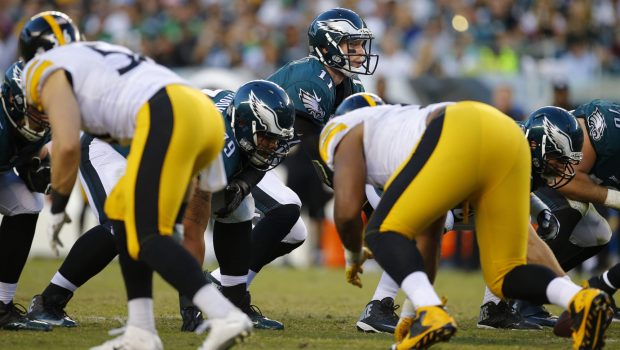 Beating the 49ers 25-20 three nights ago was a victory the Eagles absolutely needed to get, and they did!

Carson Wentz played more like a franchise QB with his back to the wall, throwing for one TD and running for another versus a 49ers team also depleted on offense and defense.

No team gets sympathy in the NFL, and the Eagles needed to scrape and claw for this road win, which was nailed down by CB Darius Slay breaking up a Hail Mary by the Niners as time ran out.

Also massive LT Jordan Mailata got his first NFL start and played well in 62 snaps vs SF. The 6-8 346-pound tackle got an overall rating 75.2 for the game, compared to All-Pro RT Lane Johnson’s 76.4 rating. Not a bad for start number 1.

Amazingly the Eagles find themselves in 1st place in the NFC East at 1-2-1, and they travel to Pittsburgh next Sunday to take on the Steelers at Heinz Field, October 11, 1pm/Fox.