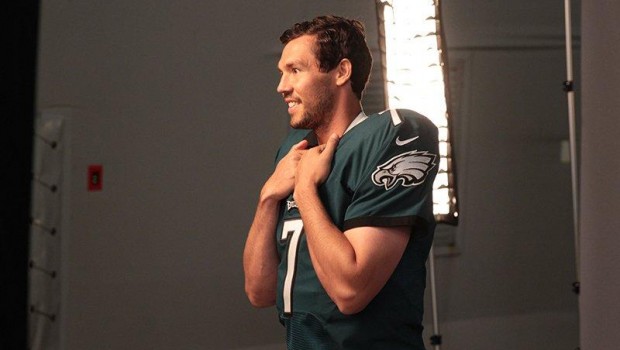 Until Sam Bradford actually gets on the field for the Eagles this September, whatever anyone says about him is just colored bubbles.

So, the jury is still out on Chip Kelly’s bold move in trading quarterback Nick Foles, whom he never liked, for Bradford, the No. 1 pick in the 2010 draft who has suffered two ACL injuries in the past two season.

Here are three ESPN NFC East mavens, and their take on Bradford:

I don’t believe the Eagles have closed the gap at quarterback in the division by bringing in Bradford. It’s based on his history. He’s been hurt too much. Is he skilled? Absolutely. But he hasn’t played at a high level. His best year in St. Louis did not match what Foles did in Philadelphia in 2013. Now did Bradford have the best talent around him with the Rams? Probably not. He’ll have DeMarco Murray, Ryan Mathews and Darren Sproles in his backfield, which is a plus, but he will need to have some receivers come through for him. Chip Kelly’s system can make it easy on quarterbacks, so that should help Bradford, but to me the move from Foles to Bradford is mostly a wash. Can I reserve the right to change my mind as we see him play?

I was never a Foles guy to begin with, and I think a large part of his 2013 success was Kelly’s system (and his own ability to make smart, quick decisions in it, for which he deserves credit). Bradford, to me, has more physical quarterback gifts than Foles does, and should play even better than Foles did for Kelly if he can stay healthy and on the field. Those are huge “ifs” though for Bradford, who’s played only seven games since 2012 and for a variety of reasons, including his own health issues, hasn’t developed the way a former No. 1 overall pick should have developed by his sixth NFL season. I think he’s a bigger threat than Foles was, yes, because I think he has more raw ability. But we’ve thought that about Bradford for years now, and Kelly’s gamble is on his belief that he can draw that ability out of him.

If he’s healthy, he should be a bigger threat just because he’s more athletic. If they want to keep putting stress on defenses with the threat of a quarterback run then, yes, he’s better. But it’s tough to trust a quarterback who already has torn his ACL twice. If he’s right, and paired with Kelly, then Bradford could have a good year. But one thing I wonder about with Bradford is the ability to throw downfield: He’s completed just 32.8 percent of his throws on passes that travel at least 20 yards in the air (Foles is at 34.9 percent). I know the Eagles don’t just throw it long, but that number has always bugged me.