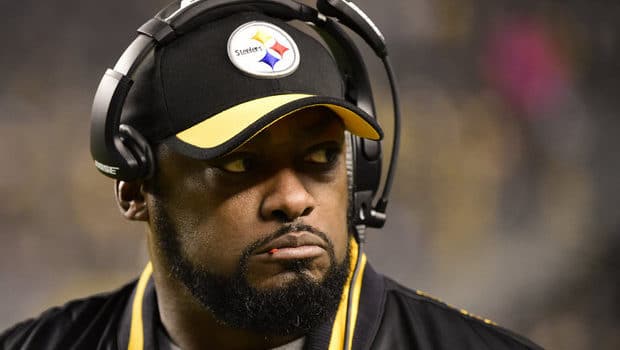 It’s fairly typical for an NFL coach to blow smoke up the ass of his next opponent.

But Pittsburgh Steelers coach Mike Tomlin, who plays at the Linc against the Eagles next Sunday, sounds sincere!

The Eagles keep the ball, get more of it and don’t ask rookie quarterback Carson Wentz to do too much. That’s why they’re undefeated, Tomlin said yesterday.

Through two weeks of the season, the Birds have what he labeled as a “tangible winning formula.”

Here, we got through what Tomlin’s talking about, piece by piece, stat by stat:

The Eagles are one of eight teams that haven’t given up a single interception this season. They are among 11, including the Steelers, that haven’t lost a fumble.

Philly is tied for the third-highest number of takeaways this season with four.

“They’ve dominated time of possession because of it.”

The Eagles’ 37:42 average time of possession per game is the best in the league.

Of quarterbacks who have thrown 10-plus passes this year, Wentz is tied for 29th in yards per completion. He’s averaging 6.6.