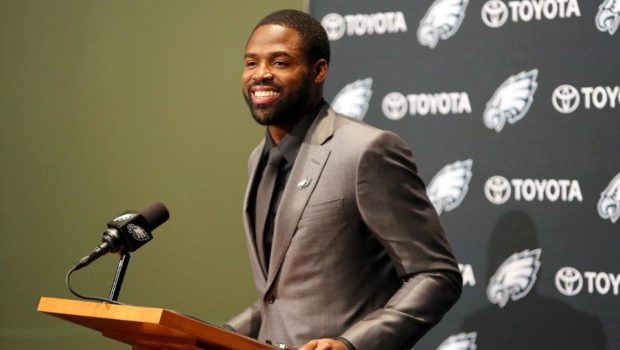 NEWBIE EAGLES WR TORREY SMITH: ‘CARSON WENTZ TEXTED ME RIGHT AWAY … LET’S GET TOGETHER AND THROW!’

He has already worked out with a passing specialist and is setting up plans with Alshon Jeffery, Torrey Smith, Jordan Matthews, Zach Ertz and the rest of the Eagles’ receiving corps for a passing camp in North Dakota later this offseason.

Smith says that Wentz was quick to invite him to get together for the pair to throw and get their timing down.

“He texted me right away and was like ‘no pressure, but if you’re here in the next week, let’s get together and throw.'” Smith said on 97.5 the Fanatic yesterday. “It’s crazy.”

While Smith said that he’s excited to get together and throw with Wentz, he joked that there’s one aspect of Wentz’s work ethic that has him less than thrilled.