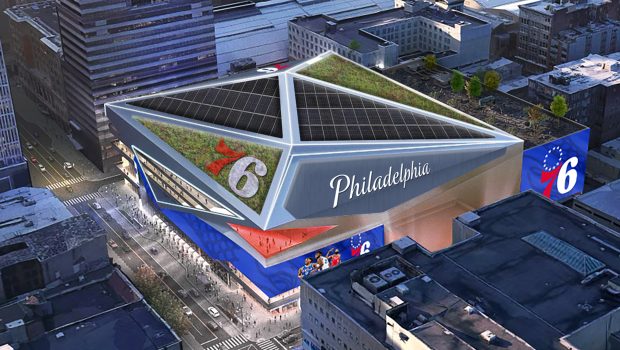 NEW SIXERS ARENA WILL BE EASY TO GET TO, AN ESCALATOR RIDE AWAY!

The 76ers announced yesterday plans for a new downtown Philadelphia arena, the first the franchise will have since moving from Syracuse in 1963.

There have been worries about parking, and safety concerns.

Those issues will get ironed out with time,.

I compare it with going to New York City, the most populated city in the USA, with over 8 million.

I’ve traveled to MSG three times to see the Sixers play the Knicks — by the way three Sixers wins,.

Never had a problem. Twice by rail, which conveniently drops you off just an escalator ride up to the arena, perfect.

Drove to NYC once, found a parking lot two blocks away, walked to the arena and back, no problem at all.

The new arena is years away from opening, I have no doubt every issue will be resolved before opening night of this amazing new venture, can’t wait.