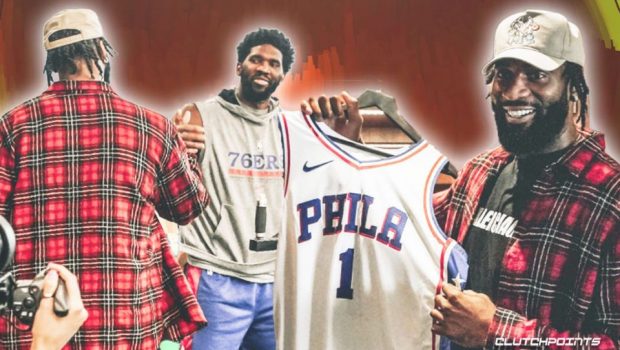 NEW SIXER DRUMMOND ON PLAYING WITH JOJO: ‘NO BEEF, NO-BRAINER!’

Andre Drummond was introduced yesterday and he quickly downplayed his rivalry with Joel Embiid:

Although Drummond and Embiid have exchanged words in the past, the veteran center reiterated there were never any real issues between one another. So, as the former Pistons All-Star joins the Sixers ahead of the 2021-2022 season, Drummond believes that he and Embiid can click right away as there isn’t any beef to squash.

“I don’t think there’s anything to really hash out,” he said. “Again, it’s the game of basketball. Trash talking is a part of the game. I don’t think it really has any meaning to it, at least to my knowledge. I don’t really care. At the end of the day, I talk trash to everybody. It’s part of the game. I have no malice toward Joel. I’m excited tied to be on the same team as him and make this work.”

get to know the new guy – @AndreDrummond.