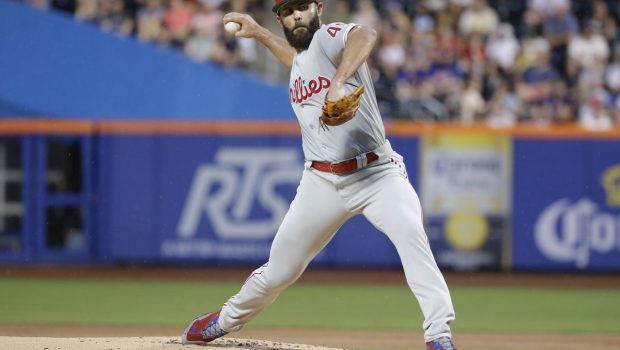 “As of right now, we feel good about where his health is,” new manager Joe Girardi told the Inky last night. “We’re going to see a lot more in a few weeks when he gets off the mound and he starts to ramp up and get ready for his season.”

How about Zach Eflin?

“I, personally, think that Eflin has established himself as a dependable piece of a major-league rotation.”

“We like the way that Zach threw the ball at the end of last year, and we look at him as a starter,” Girardi said. “We have to take the best staff that we can take. I like what he offers. He’s different.”

Asked directly whether he sees Velasquez as a starter or reliever, Girardi replied that he could handle “both,” but then gushed about how short-time starters like Velasquez can become “dominant” as back-end relievers, the way the Yankees converted Dellin Betances, a minor-league starter, into a major-league reliever at the age of 23.

Velasquez, 27, has balked at being a bullpen piece in the past, but the reference to Betances was a clever name drop by Girardi. Velasquez probably wouldn’t mind following Betances’ path: He’s a four-time All-Star who will make at least $22.85 million from 2018 to 2020.