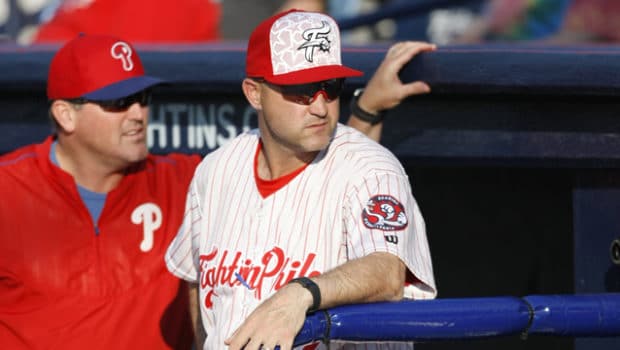 The Phillies have moved to fill out newbie manager Gabe Kapler’s coaching staff:

Dusty Wathan (above), Rick Kranitz and John Mallee, who spent the past three seasons as the Cubs’ hitting coach, have been added.

Cubs manager Joe Maddon said in October that he expected his entire coaching staff to return, only to later make changes after the Cubs lost to the Dodgers in the National League Championship Series. Mallee previously served as hitting coach for the Marlins (2010-11) and Astros (2013-14). The Phillies selected him in the 12th round of the 1991 Draft.

Wathan, 44, will be the third-base coach. He was a finalist for the Phils’ managerial job, falling short to Kapler. He has been a manager in the Phils’ farm system the past 10 seasons.