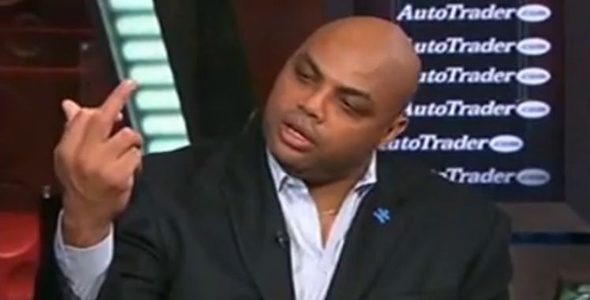 Philly fave Charles Barkley will be seen on TNT for a long, long time.

The NBA signed new deals with ESPN and Turner yesterday, which triples its TV revenue starting in 2016-17 from $930 million to $2.7 billion.

Why should a Philly sports fan care?

The first reason is that your cable bill will undoubtedly go up; as ESPN charges Comcast more, Comcast will charge you more.

Second, if you are a Comcast shareholder, you should care because Philly’s biggest and best-run corporation has been relegated to winter and spring wilderness for a long, long time.

Third, by the time the new deal kicks in the Sixers will be good enough to be scheduled on ESPN and TNT national games.

NBC, owned by Comcast, owns the rights to the National Hockey League, which is a niche sport that appeals to big cities in the east and midwest but has no real appeal anywhere else.

ESPN’s strategy has always been to lock up premium sports rights and build auxiliary programming around it.

Locking up the NBA outflanks Fox Sports and Comcast (NBC) from getting a premium property. “This is a key property for us given the ascendant nature of the league,” said ESPN president John Skipper, the smartest guy in the sports business. “This allows us to make sure that ESPN maintains its position in the sports media landscape. It is impossible for me to know if it would have cost more if it went to market but clearly we made the calculation that we were interested in exploring that possibility. This is a key property for us in our aggregation of sports rights and it was never any intention on our part not to renew this.”

And leave it to our friends at Deadspin.com to draw a decidedly contrarian and ridiculous conclusion:

Adam Silver proudly announced the NBA’s new TV deal with ESPN and TNT this morning … that amount—$2.7 billion a year—is especially insane when compared to what NBC, Fox, and CBS are paying for a far more popular NFL product.

Assuming a best-case scenario of every playoff series going 7 games,we estimate the cable networks will pay on average $10 million for each of the 258 possible national broadcasts. That’s compared to the NFL, where CBS, Fox, and NBC pay $34m, $36m, and $45m per broadcast window, respectively. (ESPN’s deal is separate, and ridiculous; it pays $112 million dollars for each Monday night game.) Averaged out, that’s $37 million per national NFL broadcast window.

Doing the math, that means the NFL is getting paid $1.84 for every viewer. ESPN and TNT, meanwhile, will pay the NBA a whopping $5.04 per viewer per game—or 274% as much. Are NBA viewers worth that much more? The money has to come from somewhere, which means it’s on the Disney and Time Warner salespeople to convince advertisers basketball eyeballs have more value than those in the heads of football fans.

That sounds logical but for one salient point:

When the NFL negotiates its next TV contract, it will demand and receive so much more money from CBS, NBS and Fox that the it will make the NBA’s $2.7 billion seem like a pittance.

Nice try, guys, but please do grow up!