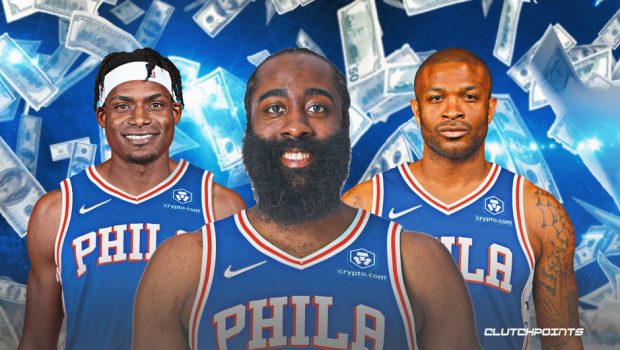 The Sixers have had a busy and productive summer so far.

And NBA.com has noticed, ranking them third in the Eastern Conference:

The Sixers are the only team that’s been better than the league average on both ends of the floor in each of the last five seasons. But they’re not one of the 14 (different) teams who has reached the conference finals over that stretch.

The Sixers are one of two teams (the LA Clippers have eight) with at least seven of the 139 players who shot the league average or better on at least 100 3-point attempts last season.

Key question: How good does James Harden need to be?

Harden obviously wasn’t at his best (or most aggressive) in the playoffs. He probably isn’t ever again going to be the player that competed for Kia MVP trophies every season. But, because he’s not the Sixers’ best player nor the only guy who can do something off the dribble, he doesn’t have to be that guy in Philly.

He did make an impact upon joining the Sixers last season. After the All-Star break (when Harden started playing), Embiid took 57% of his shots in the paint. That was up from just 49% before the break and, in just 21 games together, Harden had more paint assists to Embiid (52) than any other teammate had all season. Tyrese Maxey also saw the 18th biggest jump in effective field goal percentage (from 52% to 62.1%) among 204 players with at least 200 field goal attempts before the break and at least 100 after the break.

They probably gave Tucker too many years, but the Sixers have a ton of shooting around their stars. Melton (fourth in deflections per 36 minutes) and Tucker also upgrade the defense. The questions won’t be answered until Harden proves himself in the playoffs, but this team could be a regular season monster.