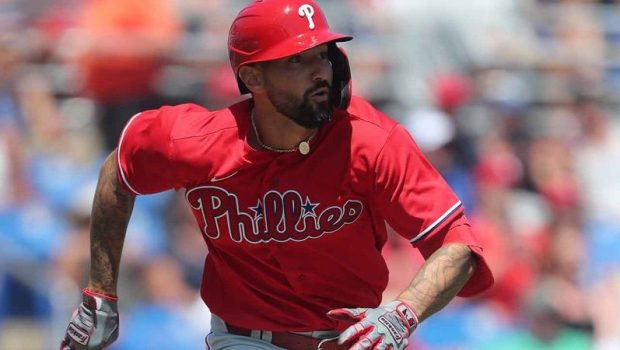 NEW-LOOK PHILS GET A B-PLUS FOR OFFSEASON UPGRADES

The Phillies are obviously an improved team with a real chance to make the playoffs for the first time since 2011 — 11 years.

The question is how much are they improved?

Jim Bowden, a former MLB exec, who covers baseball for The Athletic, quantifies it:

Trades: Acquired C Garrett Stubbs from Astros for OF Logan Cerny; acquired RHP Nick Nelson and C Donny Sands from Yankees for 3B T.J. Rumfield and LHP Joel Valdez; traded INF/OF Luke Williams to Giants for 3B Will Toffey and cash

The Phillies added two big bats in Nick Castellanos and Kyle Schwarber, players who also have the attitude and edge that president of baseball operations Dave Dombrowski wants to see in the clubhouse.

Schwarber batted .266/.374/.554 with 32 home runs and 71 RBIs, and he has valuable postseason experience — he’s made the playoffs every October but one of his seven-year career — to share with his new teammates.

The Phillies’ new lineup should be among the best in the league, but they’re rolling the dice in the field as they figure to have one of the worst defensive teams.