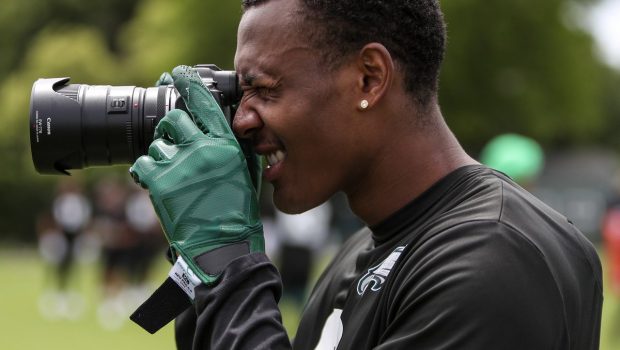 The Eagles restocked their roster in anticipation of making a deep playoff run next January and February.

And the Worldwide Leader has noticed.

ESPN recently ranked all 32 NFL rosters using the PFF database and grading system, and the Birds landed just outside the top five at No. 7 on the list:

While the Eagles have done a good job of bolstering this roster over the past year, they’ll go only as far as Jalen Hurts takes them.

Hurts showed real signs of progress in his second season out of Oklahoma last year, as he finished the season ranked 14th out of 32 qualifying quarterbacks in overall grade — a performance that offered real value on a rookie deal.

However, his 45.3 PFF grade in their postseason loss to the Buccaneers highlights the issues that the Eagles will run into late in the campaign against defenses that force Hurts to beat them if he doesn’t take another step forward in 2022