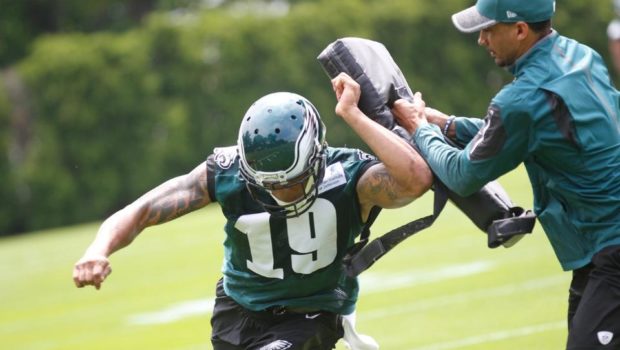 NEW EAGLES WR GIVENS (4.4 SPEED) HAS BEEN A MINI-CAMP GEM!

As the Eagles resume mini-camp today at the NovaCare, the wideout who’s been a pleasant surprise so far is Chris Givens.

The Eagles signed the former Ravens and Rams wide receiver to a one year/$760k deal this offseason. The team is hoping Givens can be the deep threat they’ve been lacking since DeSean Jackson’s release in 2014.

And so far he is outplaying Josh Huff, which is not surprising to many fans who have grown tired of Huff’s inconsistencies. If Givens can bring that 4.4 speed along with his 16.6 career average of yards a catch, he’ll be a good contributor in the 4th wide receiver role.