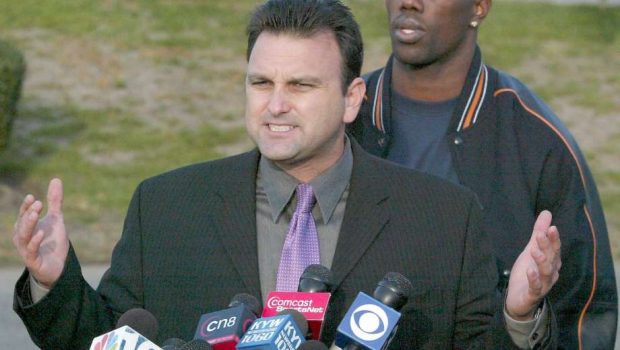 Drew Rosenhaus has been a well-known asshole representing athletes for over 30 years.

He landed his first client, cornerback Robert Massey, in 1989 as a law school student at Duke University.

Rosenhaus client Shaquil Barrett is in a line for a big payday after leading the NFL with 19.5 sacks last season. The Buccaneers put a $15.828 million franchise tag on the outside linebacker. Barrett’s breakout season should put him in position to at least get a long-term deal comparable to the five-year, $90 million contract ($18 million per year) with $56 million in guarantees Trey Flowers got from the Lions in free agency last March.

Rosenhaus (above with Eagles wide receiver Terrell Owens in 2005) moved the needle for interior defensive linemen who aren’t known as pass rushers with Javon Hargrave’s deal with the Eagles. Hargrave signed a three-year, $39 million contract containing $26 million fully guaranteed. The Eagles signed cornerback Darius Slay, a Rosenhaus client, to a three-year, $50 million extension in connection with his trade from the Lions.

Rosenhaus benefited from the Titans declining to pick up offensive tackle Jack Conklin’s $12.866 million fifth year option on him for the 2020 season. He got the Browns to give Conklin a reported three-year, $42 million deal.