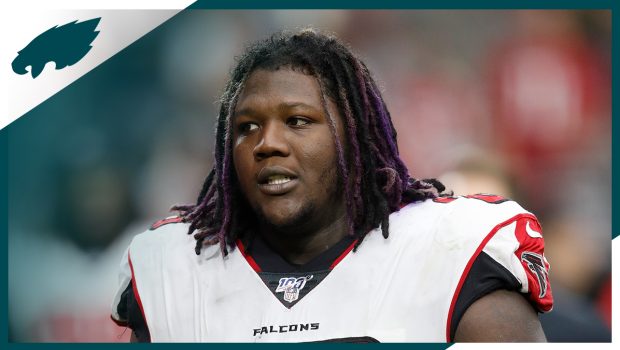 The Eagles have signed guard Jamon Brown off of the Bears’ practice squad to fill the open spot on the active roster.

A third-round pick of the Rams in 2015 out of Louisville, Brown has played 60 career games (47 starts) for the Rams, Giants, and Falcons.

He started nine games for Atlanta in 2019. He has experience at both right and left guard.

The 6-4, 340-pound Brown’s knowledge of the Rams, especially All-Pro defensive tackle Aaron Donald, will come in handy this week as the Eagles prepare for Los Angeles.