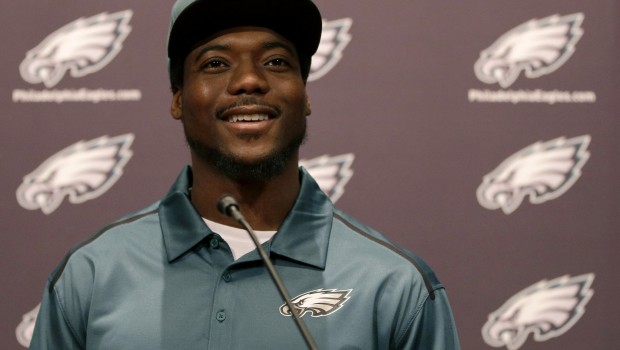 Add new Eagles cornerback Byron Maxwell to the hundreds of millions of Super Bowl watchers who believe his old team, the Seattle Seahawks, blew the game to the Patriots.

Maxwell, who just left Seattle to sign with the Eagles, told WIP in that he believes the Seahawks would have beaten the Patriots if they had run the ball. Instead, Russell Wilson threw the game-sealing interception at the 1-yard line.

“I’m pretty sure, yeah I think so,” Maxwell said. “Looking back at it, I think Pete Carroll thinks that too. You know, he’s like, ‘Man, should I probably hand the ball off?’ He’s like ‘Yeah, probably.’ I mean, we all make mistakes. I don’t think he was doing nothing malicious or nothing like that, but you know he definitely was like, ‘Yeah, I probably should have handed the ball off.’”

Maxwell said it was tough for him and his fellow Seahawks to live with the way that game ended.

“It just breaks your heart,” Maxwell said. “That’s the only way I can explain it. It’s like heartbreaking. It’s like wow, especially what we was about to do. We were about to like, back-to-back, that means a lot more. You know, as far as like legacy and all that and being mentioned with like the great teams—Dallas Cowboys, even New England. So what it meant that’s what kind of hurts and had a chance to put the defense up there with the greats too. It hurts, but in the end you have to move on.”

Maxwell has moved on, and hopes to win a Super Bowl in Philly.