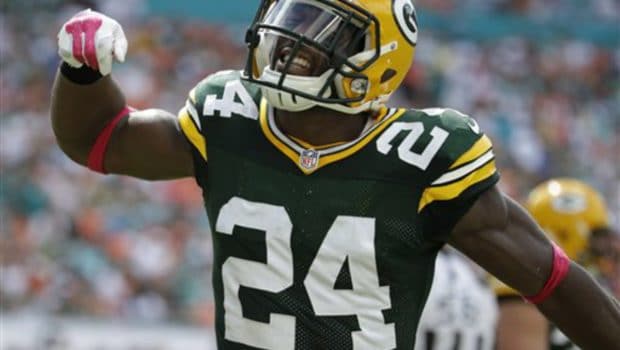 Talk about a unique transition back to pro football:

“I was sitting at home after the Colts cut me and I decided to check out marketing. I didn’t have a true idea what direct marketing was,” new Eagles cornerback Tay Glover-Wright said after Friday’s practice. “I didn’t think I was going to be going door to door selling cable but I was one of the top sellers in the office. When I do what I do, I do it well! That wasn’t really for me. I didn’t really like walking around like that and made the call to Coach Anderson at Oregon State.”

He worked out with the Eagles in December but didn’t get signed so he went to Oregon State to work out and stay in shape. When he got the call saying that he was signed by the Eagles, everything else stopped. It was time to take advantage of another opportunity.

“I dropped everything that I was doing and came in to chase my dream,” Wright said. “I know the window is only open for so long so I had to do it while I can. It’s a true blessing to be back after a whole year off. I didn’t have to get a second chance but I did so I have to make the most out of this opportunity.”