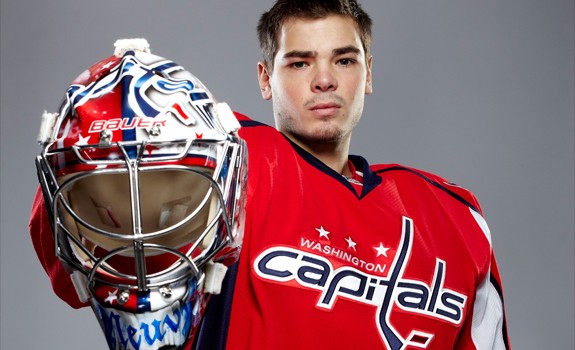 You can’t say Flyers general manager Ron Hextall is resting on the laurels he earned last week with the NHL draft.

The Flyers signed goaltender Michal Neuvirth to back up Steve Mason to a two-year contract.

“We’re excited about it,” Flyers general manager Ron Hextall told NHL.com. “We think he’s a proven goalie. He’s a good goalie. One of the attractive things for us with [Neuvirth] is … if something happens to [Mason] he’d have to carry the load and he’s done that in the past. We think we brought in a real good goalie that’s going to give us a real solid backup. I’m sure he’s going to play more than the typical backup.”

In five games with the New York Islanders after getting traded from the Buffalo Sabres last season, Neuvirth, 27, had a 2.94 goals-against average and .881 save percentage. He had a .918 save percentage in 27 games with Buffalo prior to the trade.

Neuvirth has a 2.73 GAA and .912 save percentage in 168 career NHL games spanning seven seasons.

Hextall said there was no progress in contracts for restricted free agent defenseman Michael Del Zotto or forward Jakub Voracek, who is entering the final season of his contract.

Voracek, who tied for fourth in the League with 81 points, can be an unrestricted free agent in the summer of 2016. Wednesday was the first day the Flyers could sign him to a new contract.

“We’ve talked about starting to talk but we haven’t talked yet,” Hextall said.

“We added a little bit of skill up front and a couple smart players who have played quite a few games up top,” Hextall said. ” … We needed some depth, we need some guys to make us a better team at the minor-league level as well as options when players get hurt. Hopefully we’ll add a couple more guys in the next few days to strengthen us even more.”