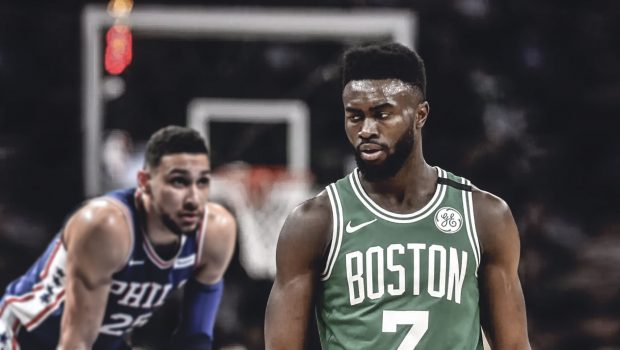 NETS WANT BROWN, SMART, PICKS AND ANOTHER PLAYER FOR KD!

The Athletic’s Shams Charania reports that “Brooklyn has asked Boston — in any proposal — to include [Jaylen] Brown, Defensive Player of the Year Marcus Smart, draft picks and potentially one more rotation player” for Kevin Durant.

The Nets rejected Boston’s offer of Brown, Derrick White, and a draft pick for Durant.

KD’s price has likely skyrocketed because of the deal for Rudy Gobert, but Brown is quite the piece to offer for Durant.

Most other teams wouldn’t offer a player of that caliber, so that should reduce the draft compensation required. However, if Brooklyn is demanding Smart as well, Boston may not be willing to make that trade. A young team that was two wins from being champions probably wouldn’t want to move both of those guys for an aging superstar. We’ll see if someone makes Brooklyn a better offer.