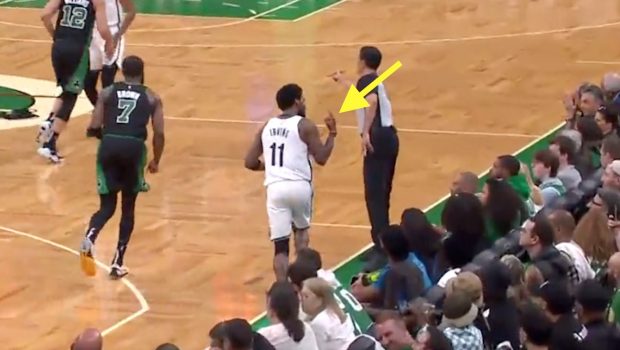 Kyrie Irving appeared to flip the bird to the TD Garden crowd during his playoff return to Boston.

The former Celtic was at one point expected to sign an extension and remain in Boston for the long term but instead eschewed that route, joining with Kevin Durant in Brooklyn.