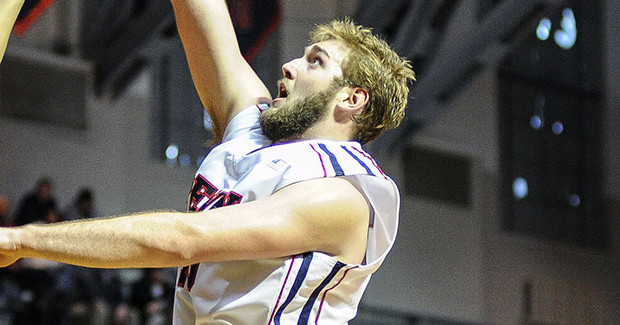 Darien Nelson-Henry (above) scored 16 points and grabbed 10 rebounds and Penn held off Cornell, 79-67 last night at the Palestra.

The Quakers built a 10-point lead in the first half and maintained it in the second. Cornell was able to cut into the lead, but Penn was always able to bump its lead back to double-digits. The Big Red got within six points on several occasions late in the game, but could get no closer.

Sam Jones contributed 15 points for Penn (11-13, 5-5), hitting 11 of 12 from the free-throw line. Jackson Donahue added 13 points and Darnell Foreman did the same off the Quakers’ bench. Collectively Penn was 26 of 31 from the line.