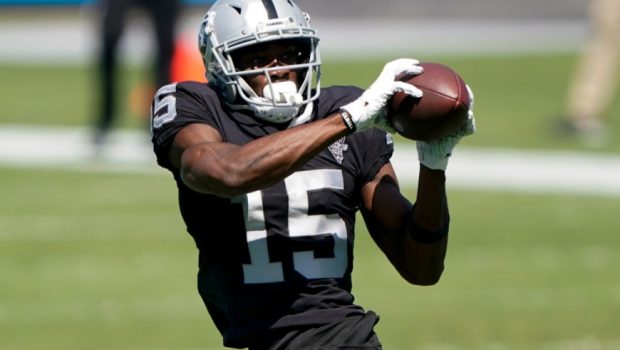 NELSON AGHOLOR FLOPPED WITH EAGLES, BLOSSOMING IN THE DESERT!

Nelson Agholor has certainly benefitted from a change of coasts.

The 2015 Eagles No. 1 pick wasn’t run out of town by the fans in Philly, but his play made a change necessary.

He signed a one-year, free-agent deal last March with the Las Vegas Raiders, and he’s the result:

Six scores, including one in three of the past five games, has helped not only boost Derek Carr’s season so far, it has also helped boost the rapport between the two, even if Agholor does not garner a ton of targets during the game.

Last Sunday’s game against the Chiefs was the biggest outburst in terms of receptions and yardage for Agholor, as his 6/88/1 line was quite impressive against a decently-strong KC secondary, which he put up a 2/67/1 line against earlier this year in Week 5.

The Falcons, Jets, and Colts are the next three games for the Raiders, with the first two matchups looking really solid for the LV offense across the board, so Agholor should be picked up by your fantasy football squad.