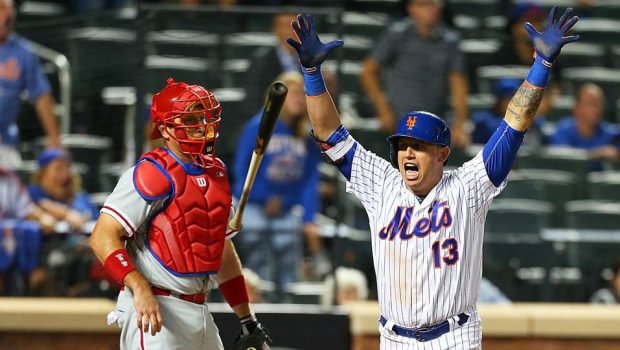 NEARLY A PHILLIES, CABRERA IS STILL BANGING FOR THE METS!

Here’s what you’re getting in Asdrubal Cabrera.

The shortstop who is being traded from the Mets is leaving New York with a bang.

The 32-year-old hits no matter who he is playing for, as he demonstrated in a 12-6 victory over Pittsburgh on Thursday.

“There’s nothing I can control,” said Cabrera, who was 3 for 5 with a home run and four RBI’s. “Whatever they do, they want to do what’s best for the team. I hope to stay here. I like New York. I like the team, the town.”

He increased his home run total to 18 when he hit a tiebreaking two-run shot off Nick Kingham (5-5) in the fourth, putting the Mets ahead to stay. Cabrera entered hitting just .184 (7 for 38) in his previous 12 games.