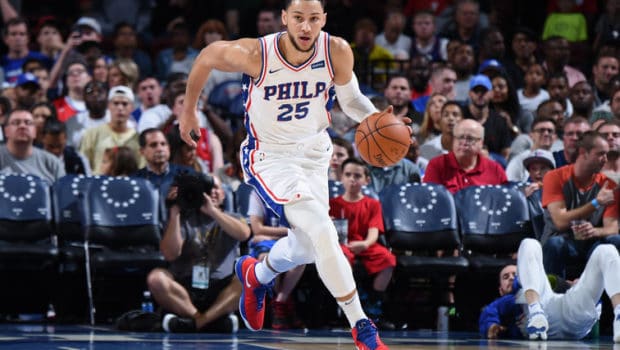 NBCSP: A NETWORK BY ANY NAME STILL NICKEL-AND DIMES THE SIXERS!

Last night’s Sixers-Nets game on Long Island was not scheduled to be shown by NBC Sports Philadelphia, which it has morphed into in the past two weeks.

But, evidently, a public outcry on Twitter, Facebook, Instagram, by phone and carrier pigeon convinced the suits at Broad and Pattison that they had made the wrong decision.

After all, this was going to be Joel Embiid’s first basketball game in anger since last January, and the buzziest team in town has a lot of young fans who are cutting the $100 monthly Comcast cord by the boatload.

So, by late afternoon, the decision was made to televise the game.

Good for the suits!

Marc Zumoff, Mark Jackson and Amy Fadool sitting around a set in Philly, wearing clunky-looking head-sets, talking about the game that would be shown.

In other words, the two-bit network chose to save some money instead of springing for the cost of a rental car to the Island so that the Sixers game would have the feel of a real professional telecast and not Wayne’s World!

And then, to make matters worse, the gushing Fadool kept patting the network on its back for “listening to the will of the people” and bowing to the demands to see JoJo’s first game.

Would it have been so onerous to Comcast’s bottom line to have the broadcast crew ride up to Uniondale?

And the same question could be posed about the Sixers-Celtics game in Boston on Monday when the nickel-and-dime Philly network subjected us to the Boston feed of the awful Tom Heinsohn and the barely understandable Mike Gorman!

Not to mention the Phils-Cubs game from 1979 when the Phils won incredibly 23-22 in windy Wrigley, and was presented as a “Philly Sports Classic.” One problem: the feed was not Harry Kalas and Richie Ashburn, two Philly Hall of Famers, but Jack Brickhouse and the Cubs announcers.

If you think this is unfair, ask yourself this question:

If the flailing Flyers were one-half as hot as these Sixers and if they had a transformational young player as anticipated as Joel Embiid, would they have pinched pennies on last night’s telecast?

The answer is too obvious to contemplate.

Of course not, because Comcast owns the Flyers and their rinky-dink network.

Maybe Josh Harris and his Sixers co-owner David Blitzer should just start their own network and drain away all the basketball junkies from the somnambulant NBCSP.

Nothing like a little competition to make things interesting!