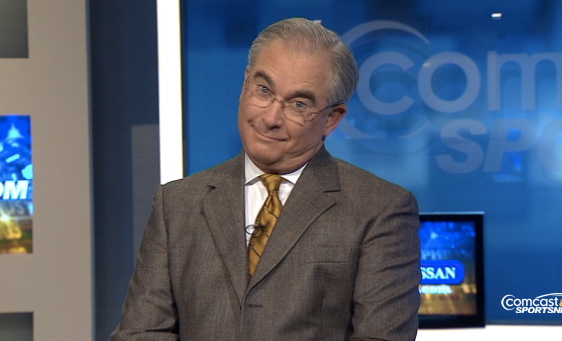 Comcast didn’t get to be a corporate giant with a stock price $56.98 as of this morning and a market cap of $259 billion by swimming in waters that don’t turn a profit — or enough of one.

Twenty-two years ago it sold Comcast Metrophone for $1.7 billion because it didn’t make enough money.

Same with the Sixers, which it unloaded in 2011 for the deeply discounted $200 million — 10 years later the new owners have jacked its value up to $2.08 billion, according to Forbes.

And it looks like NBC Sports Philadelphia and the rest of its regional sports networks are next on the auction block, which makes sense because it has been cutting salaries and expenses for years.

The level of production value, talent level and content is at rock bottom.

NBCSP more resembles an infomercial network than a sports network, and the pandemic undoubtedly depressed ad revenues to the point that Brian Roberts and Co. had had enough.

Comcast has also lost 5 million cable subscribers in the past five years, and can you imagine kids streaming games on their phones, avoiding the ads, which are going unseen?

At least, that’s according to a report in the Wall Street Journal.

Philly-based Comcast’s NBCUniversal planned to start streaming NBCSP – which broadcasts Phillies, 76ers and Flyers games – earlier this spring, but the strategy was halted over concerns it would conflict with NBCU’s overall streaming strategy.

The report also said NBCU is pondering whether to sell NBCSP and its other regional sports networks.

The Phillies are in the middle of a 25-year, $2.5 billion television broadcast agreement, which included the team acquiring a 25% stake in the network and a portion of advertising revenue. In addition to that, the Flyers and NBCSP are both Comcast properties.

NBCSP does not air Eagles games but does have popular pre-game and postgame coverage (above), while NBCSP’s sister station NBC10 was named the official television station of the Eagles a few years ago.

All four Philadelphia sports teams have been producing more and more of their own media content in recent years.

NBCU said earlier this year that it plans to shut down its NBCSN national sports channel by the end of the year and the company also pulled out of the bidding to renew broadcast rights to NHL games.

Aside from Philly, NBC has regional sports networks in Boston, Chicago, Portland, San Francisco and Washington, D.C. It also has a minority interest in SNY.