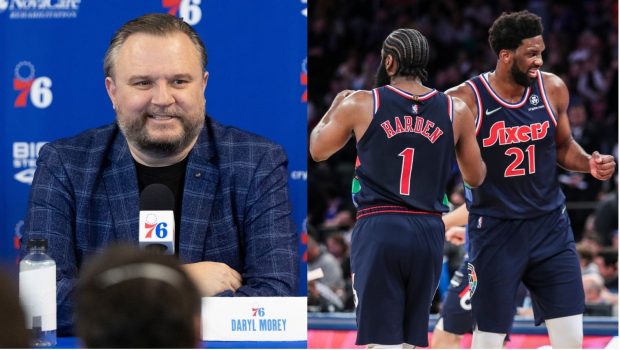 NBA’S INVESTIGATION OF SIXERS/HARDEN SMELLS LIKE A WITCH HUNT!

Excuse me, and I hate to quote a disgraced former U. S. president.

But the NBA’s “investigation” of the Sixers about the James Harden contract is beginning tio sound like a “witch hunt.”

According to ESPN’s Adrian Wojnarowski, the NBA is reportedly investigating the 76ers for tampering concerning James Harden’s new contract.

Harden and the 76ers agreed to a two-year, $68.6 million contract, with The Beard not putting pen to paper until July 20 for salary cap reasons.

Some have wondered if allegedly knowing the parameters of Harden’s deal even before free agency allowed the 76ers to get this done.

Per the report, other teams have wondered if Harden and the 76ers already had a “handshake agreement” in place, which would violate the league’s collective bargaining agreement.