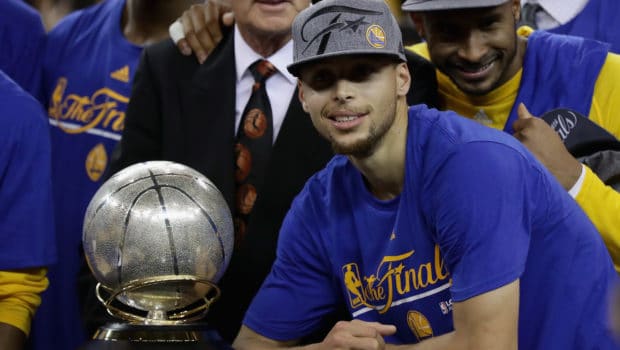 NBA WEST GAME 7 BETWEEN THUNDER AND DUBS HIGHEST-RATED EVER!

Don’t look now, but the NBA is busting records during these playoffs!

It was also TNT’s most-watched program in the 28-year history of the network, based on Fast Nationals. The Warriors series clinching victory peaked with 19.8 million total viewers and a 10.9 U.S. HH rating from 11:15-11:30 p.m. ET.

Additionally, Inside the NBA garnered a 4.8 HH rating, the show’s highest overnight delivery ever.

The Thunder/Warriors game telecast and Inside the NBA delivered the top two programs of the night across all of television (cable and broadcast).