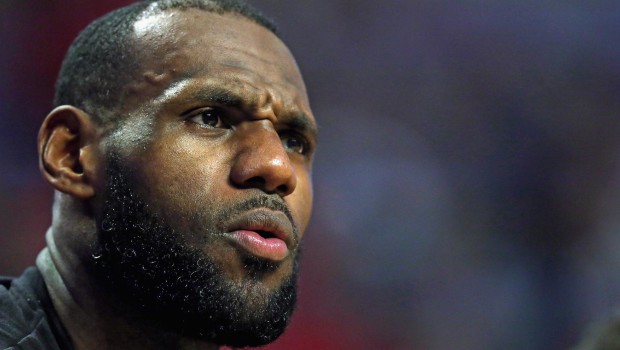 NBA ROUNDUP: KING JAMES GETS A LOT OF HELP FROM CAVS FRIENDS!

One year after he carried the Cleveland Cavaliers as far as he could in the postseason, LeBron James once again has Kyrie Irving and Kevin Love by his side.

Irving scored 31 points in his first playoff game since being injured last year in the NBA Finals and Love, who was knocked out in the first round by an injury a year ago, added 28 to lead the Cavaliers to a 106-101 victory over the young and confident Detroit Pistons in the opener of their first-round playoff series Sunday.

James added 22 points and 11 assists for the top-seeded Cavs. They are favored to win the Eastern Conference again but got all they could handle from the fearless Pistons.

Check out the rest of the roundup: