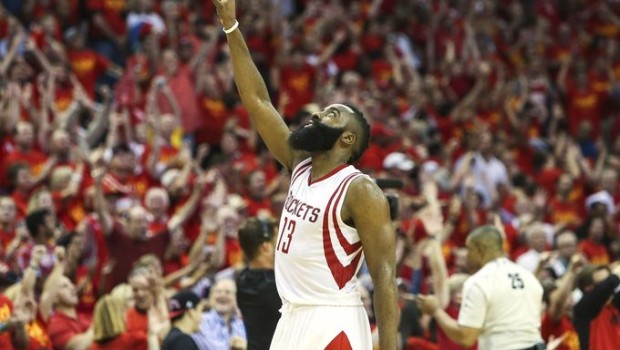 The Houston Rockets are heading to the Western Conference finals for the first time in 18 years after overcoming a 3-1 series deficit to eliminate the Los Angeles Clippers.

James Harden (celebrating above) scored 31 points, Dwight Howard had 16 points and 15 rebounds and the Rockets never trailed in a 113-100 victory over the Clippers on Sunday, sending them to the conference finals for the first time since 1997.

It’s the ninth time in NBA history that a team has overcome a 3-1 series deficit to win a playoff series.