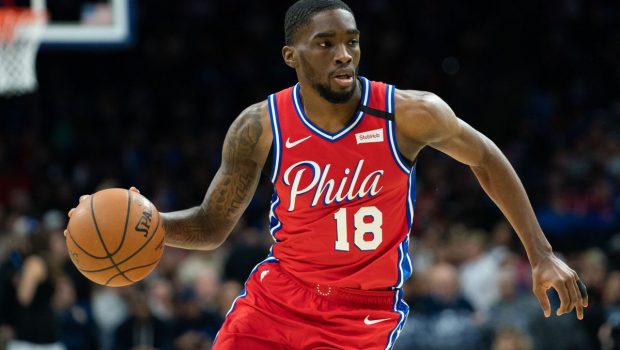 NBA PUSHES FACILITIES OPENING BACK TO MAY 8

The NBA has pushed back its original plan to allow players to reenter team facilities for voluntary workouts by a week, until May 8.

The league had been planning to reopen facilities beginning on Friday, including the Atlanta Hawks’ facility in Georgia, which was among the first states to loosen stay-at-home orders amid the coronavirus pandemic.

Before yesterday’s NBA announcement, the Hawks had decided to wait until they had a better sense of how the loosening of the stay-at-home measures was impacting the region.

“We are going to wait and see what happens in the state over the couple weeks,” Hawks president of basketball operations and general manager Travis Schlenk told ESPN. “If there’s a positive response, we’ll slowly open up. If it’s a negative response, we’ll make sure our staff and players remain healthy.”

ESPN obtained a 16-page league memo that detailed to teams the requirements of reopening facilities, including allowing only four players in a facility at one time and having only one staff member supervising. No coaches are to be allowed in the workouts with players, the memo said. A distance of 12 feet must be kept among individuals on the court.

The NBA also told teams that there would be a process put in place to help teams in closed states find options to get back onto the floor on this limited basis, the memo said.

Some executives believe that players would inevitably start to move toward unsanctioned use of public gymnasiums, and that could create a greater health concern for players.

Those teams in regions that are unlikely to receive prompt governmental clearance to open their facilities — such as Los Angeles, New York, Boston and Philly — are waiting to hear league plans on how their players could receive similar access to gymnasium use.

Some teams did worry about the competitive advantage of others getting a significant jump on training in the event of the season’s resumption.