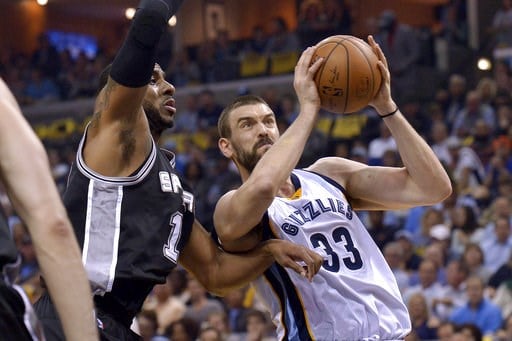 Marc Gasol (above) hit a 12-foot floater with 0.7 of a second left in overtime, and the Memphis Grizzlies edged the visiting San Antonio Spurs, 110-108, to even their first-round Western Conference playoff series, 2-2.

The Grizzlies won despite blowing a 10-point lead with 7 minutes 38 seconds left in regulation and committing 23 turnovers that the Spurs turned into 31 points.

Mike Conley set a team postseason record with 35 points for Memphis, and Gasol finished with 16.