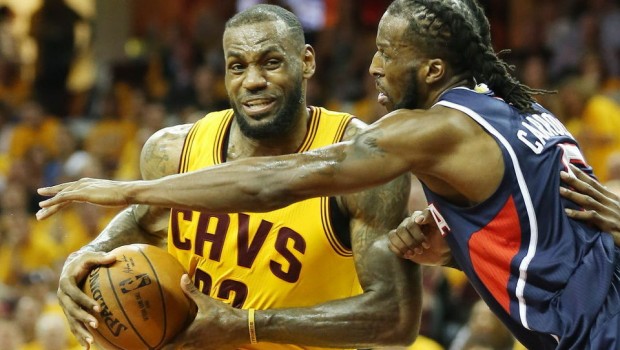 LeBron James (above) overcame an atrocious shooting start, withstood Atlanta’s gritty comeback and battled cramps and injuries to record a triple-double, and the Cleveland Cavaliers took a 3-0 lead in the Eastern Conference finals with a 114-111 overtime victory on Sunday night.

James missed his first 10 shots, but finished with 37 points, 18 rebounds and 13 assists. The Cavs needed every single one of them to hold off the top-seeded Hawks, who fought Cleveland until the final seconds despite being without injured shooter Kyle Korver and losing Al Horford, who was ejected in the first half.