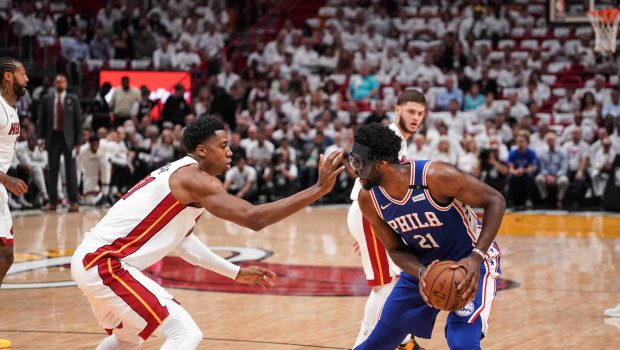 NBA FINALS? I LIKE OUR CHANCES, SAYS SIXERS JOJO!

He left the arena stewing after Monday’s Game 2 in Philly. He fired off the now-infamous Instagram story saying he was tired of being “babied.” His phone immediately blew up. The Sixers shrugged. That’s Joel Embiid. He always wants to play. They’re used to his bursts of frustration by now.

He’d been doing two-a-days with his trainer, Drew Hanlen, and the Sixers staff trying to get back as quickly as possible. The crowd in Philly had been electric. He’d promised them the playoffs, and when Embiid says something like that, he likes to back it up himself. That’s not only the key to trash-talking, but the key to Embiid.

It gets him going to get other people going. He trolls on social media so he’ll have to answer for it on the court.

“I like playing on the road and quieting the crowd,” he said with a smirk. “I love it. I think my stats are better on the road than at home, which is crazy.”

But that’s Embiid’s edge. And it has become the Sixers’ edge too. In his postgame interview with TNT, he even floated the idea of going to the NBA Finals this season.

“Our goal is to go to the Finals so we actually have a pretty good chance,” he told TNT. “We have the talent.”