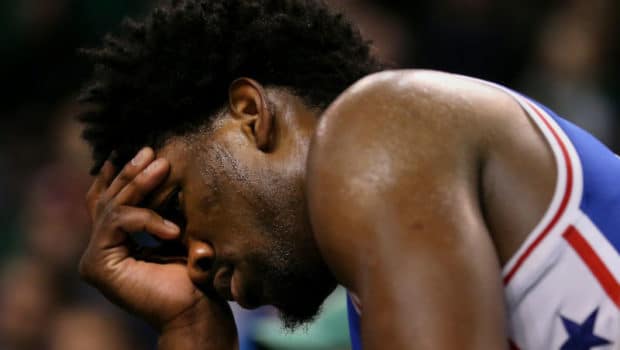 The NBA has fined Sixer stud Joel Embiid $10,000 for “for using inappropriate language on social media.” In an Instagram Live video directed at Lavar Ball, the father of Los Angeles Lakers rookie Lonzo Ball, Embiid said, “(F—) LaVar Ball.” Embiid’s words were in response to Ball saying Embiid was injury prone. Ball responded to Embiid saying he hoped someone dunk so hard on him “that his daddy runs on the court to save him.”