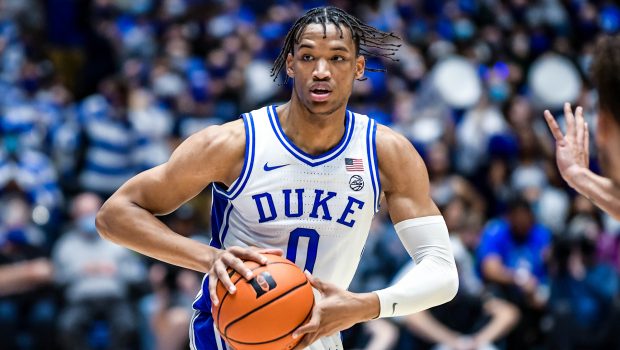 The NBA draft is only two weeks away, June 23.

And here’s who the Sixers will take, according to this NBC Edge mock:

You can never have too many three-point shooters, and after trading Seth Curry to the Nets in the James Harden deal, Philly could really use a guy like Moore.

The 6’5 wing nailed over 41% of his shots from beyond the arc last season and played solid defense for the Blue Devils.

The Sixers aren’t a deep team, and they could certainly use an offensive spark and floor spacer off the bench.

There’s certainly a world in which Moore gets meaningful minutes as a rookie, and quality three-point shooters always have relevance in fantasy hoops leagues.