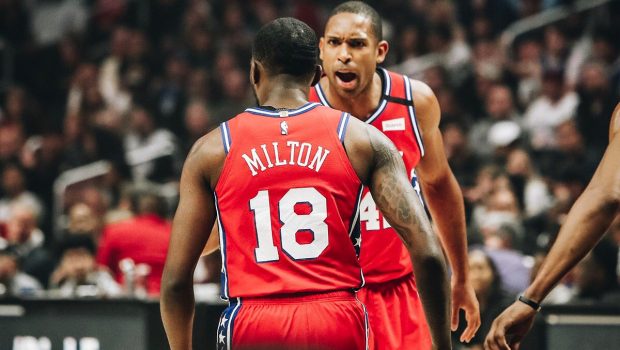 Today is the day when the NBA’s board of governors faces the coronavirus reality.

The commissioner’s office will have a conference call on the coronavirus crisis, one of the scenarios introduced into the league’s conversation involves moving some games to NBA cities that have yet to suffer outbreaks, ESPN is reporting.

If the virus clusters and forces a team out of its city and arena for a period of time, there has been discussion about moving games to the away opponent’s arena if that city hasn’t suffered an outbreak — or even moving games to neutral cities and sites, league sources told ESPN.

The NBA is discussing a number of possibilities — including eliminating fans from buildings for games or, more drastically, suspending game operations for a period of time — but sources say decisions on those options remain complicated by the fact that there has been a limited amount of public testing for the coronavirus in the United States. There is no full understanding of how widespread and debilitating the virus could become in the country.

After the board of governors call on today — which is expected to include one designated ownership representative of each team, sources said — two additional calls are set for tomorrow for team presidents and general managers, sources said.