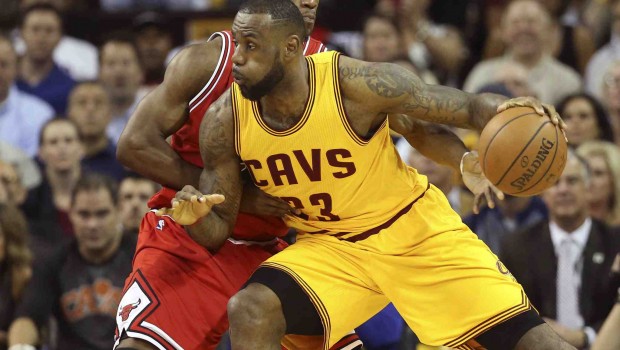 LeBron James (above) scored 38 points, Kyrie Irving added 25 and the Cleveland Cavaliers held off Chicago’s charge in the fourth quarter for a 106-101 victory to take a 3-2 lead in their testy Eastern Conference semifinal.

Showing no ill effects from a sprained left ankle, James added 12 rebounds, six assists, three steals, three blocks and didn’t have a turnover in 41 minutes to ensure the Cavs will again play at home this season. The four-time league MVP was locked in from the start, imposing his will on a game the Cavaliers had to have.