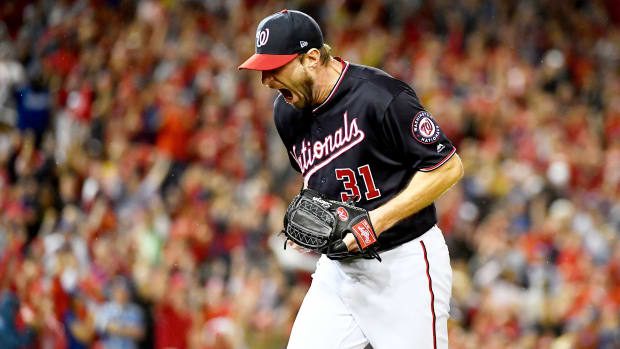 The Los Angeles Dodgers had a chance to close things out on the road, but the Washington Nationals came through with a 6-1 victory to even their NLDS series at two games apiece with the decisive game 5 Wednesday night in LA.

“We were prepared to go all five,” rookie catcher Will Smith said as players filed out of a subdued Dodger clubhouse. “We’re still liking our chances.”

The Dodgers were the National League’s best team at home, going 59-22 at Dodger Stadium during the regular season. Although they lost Game 2 there to the Washington Nationals – and will have to face Game 2 winner Stephen Strasburg once again – the Dodgers remain confident.

One reason the Dodgers are so optimistic: they’ll have right-hander Walker Buehler on the mound with the opportunity to advance.

“I guess this will be my third of those scenarios, so (it’s) something I’m familiar with,” Buehler said. “Getting to do it at home certainly helps and there’s not a lot to it. We got to win a game and if we don’t, we go home.”

In just his third major league season, this will be Buehler’s sixth playoff start. He hasn’t allowed an earned run in his last 17 ⅓ postseason innings – dating back to a first-inning home run by Christian Yelich of the Milwaukee Brewers in Game 7 of last year’s NLCS.

“In those kinds of games, I think it also helps to know you got everyone else behind you, Buehler said. “I think the pressure … if you spin it in your head the right way, it can make it more fun. So that’s our plan.”

This used to be the kind of situation where the Dodgers turned to three-time Cy Young Award winner Clayton Kershaw. But with Buehler getting the call in the series opener, the torch may have symbolically been passed.

One benefit is that the Dodgers will have Kershaw available to come out of the bullpen on full rest in Game 5 as a super-reliever – in much the same way the Nationals did with Strasburg in their wild-card win and with Max Scherzer earlier in this series.

After pitching six innings in the Game 2 loss on Friday, Kershaw was up and throwing in the Dodger bullpen at one point during Game 4.

Dodgers manager Dave Roberts said he was ready to call on Kershaw if the Dodgers had been tied or leading in the late innings. “Obviously, the game got away from us and so now to preserve him and to have him ready to go, whatever we need from him for Game 5, is certainly a good thing,” Roberts said.

The Dodgers will have their entire pitching staff available, but the most likely path to victory goes Buehler to Kershaw to closer Kenley Jansen.

But it all starts with the new staff ace, a 25-year-old right-hander from Lexington, Kentucky.

“Game 5. Win or go home. Buehler-Strasburg,” Roberts mused. “As a fan, as a player, you live for moments like this.”