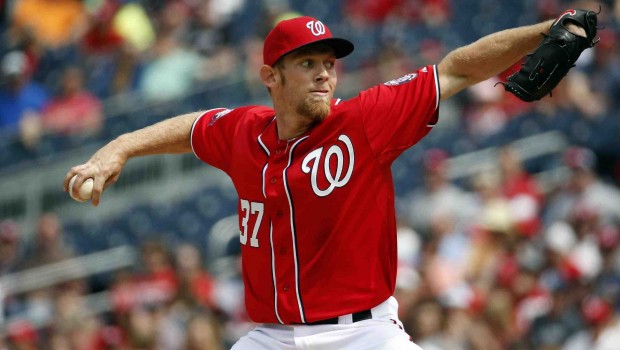 Stephen Strasburg may be the No. 3 starter in the Washington Nationals’ rotation but the hitless wonder Phillies made him look like a 1 on Sunday.

Strasburg allowed a run in 7 1-3 innings and the Washington Nationals used a three-run fifth inning for a 4-1 victory over the Phillies on Sunday.

Strasburg (1-1) struck out seven, walked two and allowed five hits as Washington took three of four from Philly for its first series win this season.

Denard Span had a hit and scored in his first game back following surgery in March to fix a core muscle.

Drew Storen worked the ninth for his fourth save.

David Buchanan (0-3) allowed three runs in five innings for Philly, which has lost seven of its past eight.

After failing to make it out of the sixth inning in his first two starts, Strasburg retired his first 14 batters Sunday, and required only 21 pitches to make it through the first three innings.

Then in the fifth, he struck out Jeff Francoeur on a curveball and Ryan Howard on a changeup before Carlos Ruiz looped a single to left to end the no-hit bid.

Span led off the bottom half with a single and then scored on Desmond’s double down the left field line.

Desmond then scored on Jayson Werth’s single up the middle. And after Bryce Harper was intentionally walked, Zimmerman scored Werth on a bloop double to right that dropped ahead of a diving Francoeur.