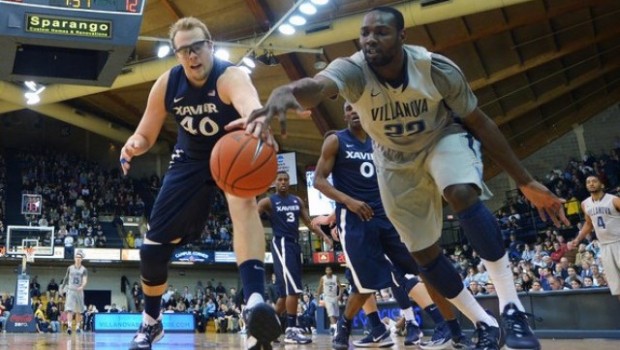 HERE’S WHY THE NATIONAL TITLE IS NOT A VILLANOVA PIPEDREAM

Every time Villanova beats up on an opponent lately, that coach says the Cats can go all the way — to Indy for the Final Four in April, and maybe win it all.

And he wasn’t afraid to say how impressed he was.

“I think Villanova can win the national championship,” Cooley said. “They have a lot of experience, they withstand runs.”

After Monday night’s 80-54 skunking of Seton Hall, Villanova coach Jay Wright and Seton Hall coach Kevin Willard exchanged back slaps and compliments. Willard laughed at a joke by Wright but then turned serious.

“Keep it rolling,” Willard told him, according to the New York Times. “You’ve got a Final Four team here.”

And here is what Grantland.com’s Mark Titus thinks:

The most impressive win in college basketball this past week that nobody is talking about is Villanova’s revenge thrashing of Georgetown.

In last week’s edition of the most powerful power rankings, I touched on the remarkable balance in Villanova’s offense. And while that balance was evident — six players scored between eight and 15 points — Villanova’s defense deserves the most praise. The Wildcats held Georgetown to just 30 percent shooting, including 6 percent (!!!) from the 3-point line. D’Vauntes Smith-Rivera and Joshua Smith — Georgetown’s top scorers — combined for nine points.

Villanova’s Dylan Ennis, a 6-foot-2 combo guard, had more blocks (three) than Georgetown’s entire team (zero). Outside of the Wildcats’ 20 turnovers, the win over Georgetown was basically a perfect game for Villanova, which shot 47.8 percent from the field and went 12-for-24 from behind the arc.

Since Kenpom.com debuted in 2002, every national champion but one has finished among the top 25 teams in both offensive and defensive efficiency. The lone exception was UConn last season, when the Huskies offense ranked 39th and utilized the Shabazz Exception en route to a national title.

As enticing as it can be to get hyped over teams with high-octane offenses or shut-down defenses, recent history suggests that you can’t win a national title without excelling on both ends of the court. With that in mind, consider that the only teams currently ranked in the top 25 of Kenpom’s offensive and defensive efficiency ratings are Kentucky, Virginia, Arizona, Utah, Kansas, and Villanova.